Supply Chain Snarls May Be Here to Stay, Too 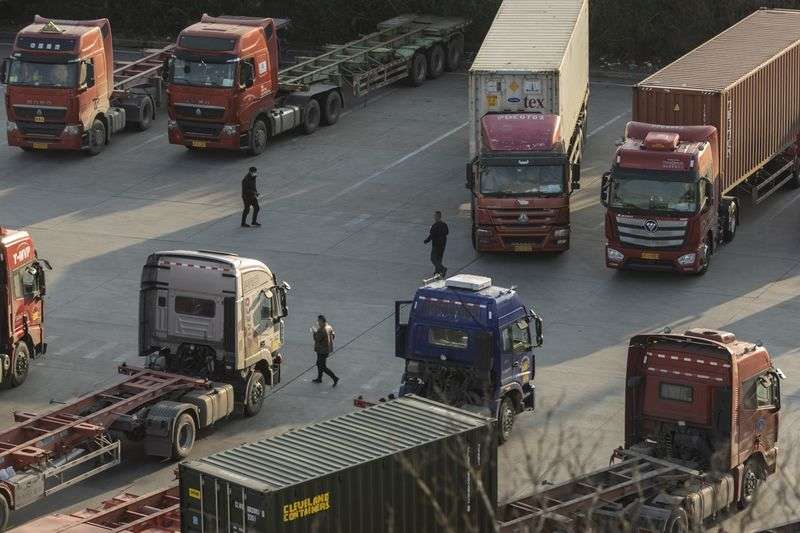 So far, China has been able to keep up with consumer demand. That may be about to change as omicron moves across the country.

From the way people have worried about it, you might think that the world’s value chains have been in turmoil for much of the past two years.

Searches for the term “supply chain” on Google roughly doubled between June and October, when they briefly overtook “interest rates” as a topic of concern. That coincides with a period when the cost of shipping a container from China to the U.S. west coast nearly tripled, while the queue of vessels waiting to berth at the ports of Los Angeles and Long Beach grew to record levels.

In truth, those disruptions have been merely the crumbling tip of an iceberg that’s stayed largely intact below the surface. Some 28.5% of the world’s manufacturing value-added occurs in one country that’s so far been largely spared the disruptions of the pandemic: China. The factory sector there has been in rude health for most of the past two years. Activity data from purchasing managers bounced back sharply from a brief collapse in February 2020 and proceeded to expand in every month since, until power shortages led to another short dip in September and October last year.

That’s been an underappreciated boon to the rest of the world. When locked-down citizens in other countries boosted their purchases of Nintendo Co. Switch consoles, home baking supplies and disposable face masks, the global value chains with their roots in the manufacturing entrepots of eastern and southern China were able to flex to meet the increased demand. To the extent that there has been a supply chain crisis, it’s mainly related to the international shipping of finished goods to consumer end-markets, and semiconductors — one product in which China notably underperforms.

That may be about to change. Rolling seven-day Covid case numbers have been above 1,000 since Dec. 27. This may may seem small relative to any other country, but it represents the highest load in China since the middle of March 2020. Outbreaks have emerged in several cities and are dispersed across provinces.

This makes it difficult to manage. For much of the last two years, China’s Covid strategy was straightforward — complete lockdowns and closures. But with new variants, especially the faster-spreading omicron, that tack hasn’t worked well. Some cities like Shanghai have been successful. Others haven’t been, like Xi’an in Shaanxi province that imposed one of the strictest lockdowns since Wuhan. Authorities are taking a local approach to manage the changing nature of the virus.

China watchers can no longer just plan for short-term disruptions over defined periods in their forecasts when an outbreak occurs. With a less clear Covid containment strategy now, it will be harder to tell what the impact on factories and migrant workers will be. And now that Covid is dispersed across regions, prioritizing supply chains and keeping production lines running is tougher than it was previously.

Movement of labor will be impacted, too. The Shenzhen government, for instance, needs to figure out whether it lets mobile workers leave, especially as the Lunar New Year holiday approaches. Meanwhile, if Tianjin and Ningbo — two large port cities that drive international trade — have to lock down further, supply could be hit. Beilun, a locality in the latter city, contributes around 3% of China’s total container throughput for foreign trade and currently is operating at only around 20% capacity, according to Nomura Holdings Inc analysts. They noted that the lockdown in the area “is likely to exacerbate the global logistics bottleneck and push freight rates higher again.”

Earlier this week, one of the world’s largest automakers, Toyota Motor Corp., had to halt production in Tianjin as the government there tests citizens, after the emergence of local omicron infections. Volkswagen AG faced similar disruptions. On Wednesday, the northern city’s authorities ordered a half-day break for testing.

Such uncertainty will only add to the costs. Already producer prices, while lower than the estimated rise of 11%, came in at over 10% this week. High energy prices along with rising raw material costs have added to manufacturers’ burden. For now, they’ve been able to pass on the price to consumers across the world, and so have maintained margins.

Even an outbreak less severe than other countries have seen with the delta variant could put severe strain on hospital capacity, given the speed of omicron’s spread in China’s highly urbanized population. The country has just 2.7 nurses per 1,000 people, similar levels to India on 2.4 and well below figures of 11.5 in rich countries. With the Winter Olympics just a month away, the temptation to crack down hard to snuff out the infection will be profound. But losing focus, or even taking the heft of the Chinese supply chain for granted, could be Beijing’s — and the world’s — biggest mistake yet.