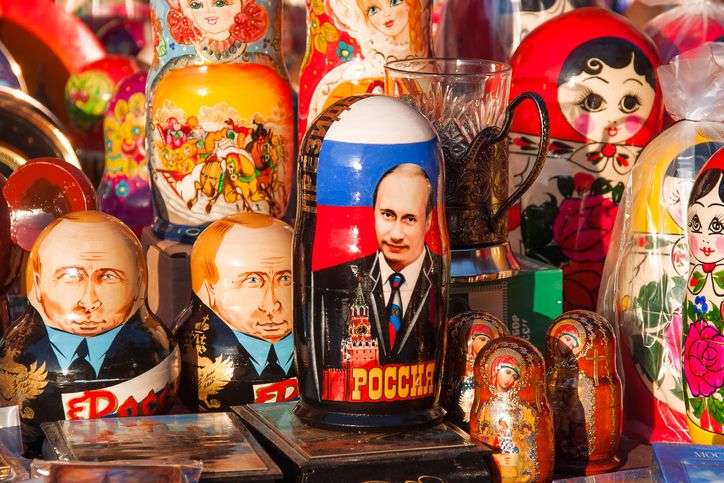 Russia’s invasion of Ukraine, which began yesterday, would appear to be driven as much by Vladimir Putin’s paranoid delusion and ultra-nationalist ideology as anything else.

But Ukraine is also blessed with strategic economic assets that will likely have served as secondary considerations for the Kremlin – not least food and agriculture.

Ukraine is a major producer and exporter of agrifood products, and the ongoing invasion is almost certainly going to lead to significant disruption of global food supply chains – just as the world is getting to grips with those caused by the Covid-19 pandemic.

Long renowned as ‘the breadbasket of Europe,’ Ukraine holds the tenth-largest acreage of arable land on Earth — and the largest wholly within Europe — at 339,000 square kilometers. It contains a quarter of the world’s extra-fertile chornozem (“black soil”), containing higher-than-average percentages of humus, phosphorus, phosphoric acids, and ammonia.

Industrial ammonia, as well as other mineral and chemical-based nitrogenous fertilizers, are key Ukrainian exports, too.

When it comes to food, the country is among the top 10 producers of wheat, maize, barley, rye, potatoes, and buckwheat (as well as several other vegetables, fruits, poultry, eggs, and honey.) Its national flower is the sunflower; and fittingly, it is the world’s leading grower and exporter of sunflower oil.

One of the few countries that can match Ukraine’s prodigious agrifood production capacity is none other than its aggressor, Russia.

So it is clear that the Kremlin’s actions will not only directly impact Ukraine’s abilities to provide food to the world; but also its own, as economic sanctions and reprisals from Ukraine’s allies take their toll.

The effects are going to reverberate across the globe. Food prices, already at all-time highs in many parts of the world, are set to skyrocket even higher. The supply of certain agrifood products may slow to a trickle, and disappear from shelves and stores entirely in some places; particularly if the contagion of war spreads beyond the present theater. Developing countries are likely to be the worst hit.

But it isn’t just food production itself that will be affected.

Much of the technology that enables and optimizes that production also stands to be adversely impacted.

In addition to being major producers of ag commodities, between them Ukraine and Russia are also leading exporters of iron ore, concentrates, and finished and semi-finished steel; of metal tubing and piping; and of insulated wires and optical fiber cables.

They’re also among the leading suppliers of neon and palladium – both of which are crucial to the manufacture of semiconductors.

These are all key components for tech-enabled agriculture; enabling connectivity between the sensors, smartphones, and machinery that allow modern farmers to monitor, manage, and optimize their operations; to boost their yields, cut long-term costs, and enhance their incomes.

Not to be overlooked is the human capital contribution that Ukraine makes to agritech.

The country has become something of a software development hub, with a well-educated, technical workforce that comes at a lower labor cost than much of the rest of Europe. As a result, many tech startups outsource their development and engineering to the country.

This is as true for agtech as it is for other sectors (perhaps Ukraine’s agricultural pedigree has something to do with it.) Last year, AgFunder, AFN‘s parent company, co-published a research report on the country’s extensive digital ag scene with local companies AgroHub and Top Lead.

As political analyst Arieh Kovler has pointed out in a Twitter post, this will likely be one of several “unexpected global consequences” of the war. “Something like 200,000 Ukrainian programmers are in the war zone and many have been drafted” into military service to defend their country, wrote @LaurieDonahue in reply.

With so much of the world’s food, fertilizer, and tech necessities coming from Ukraine and Russia, we’re facing yet another global food crisis, even as the one brought on by Covid-19 continues.

And following the experience of Covid-19, the war in Ukraine reiterates the need to move towards decentralized, localized food production. When there are so many people on the planet who need to be fed, it is simply not sustainable to rely so much on just a handful of locations in order to provide us with the grains, chemicals, and other critical commodities we need to achieve that. The case for technologies that can enable this decentralization — like vertical farming, biological fertilizers, and cellular agriculture — is being made stronger and stronger by the day.