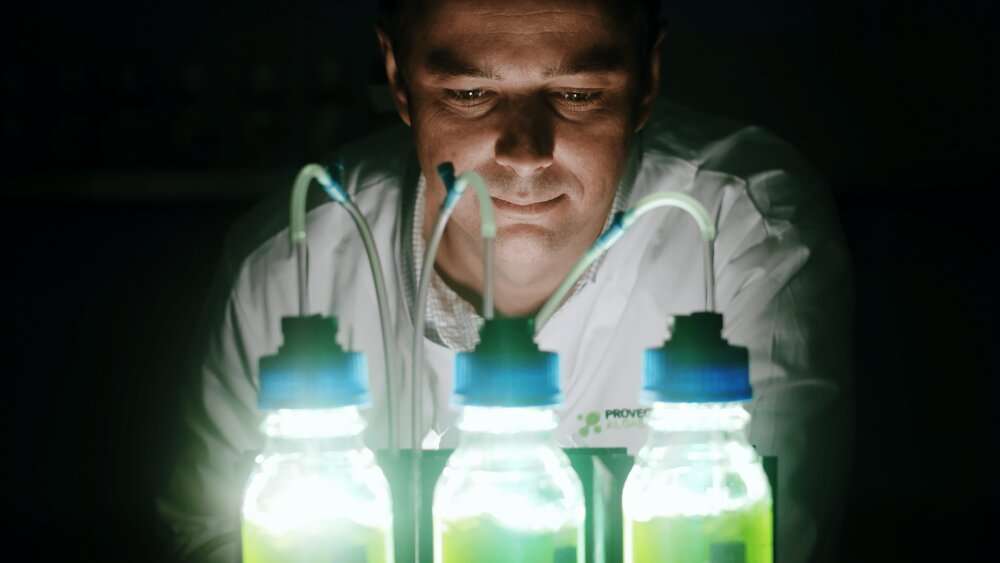 Provectus Algae, an Australian startup developing algae-based products for the food and agriculture industries, has raised $3.25 million in a seed round led by Hong Kong’s Vectr Ventures.

Operating out of its biotech foundry in Noosa Heads, Queensland, Provectus is aiming to “optimize algae” so that its numerous properties can be used in as wide a range of industries as possible.

Founder and CEO Nusqe Spanton first got the idea for Provectus while working in the pearl oyster industry in Indonesia, where algae production was an important sideline.

“Algae is fundamentally the basis of growing oysters, so I became pretty good at growing it and building and managing facilities for it. After leaving those roles in Indonesia and coming back to Australia, I figured the algae was far more valuable than anything we were doing with pearl oysters,” he tells AFN.

There are myriad potential uses for algae, which could prove a key ingredient in the world’s drive towards more sustainable living.

Some species can be transformed into biofuels, while others may become components of bioplastics or alternative sources of protein.

Given the latter, algae could increasingly find its way into human food products seeking to substitute meat, as well as animal feed; one type of ‘macroalgae’ (otherwise known as seaweed) is even able to inhibit cattle methane emissions and is being commercialized by Australia’s CSIRO-backed FutureFeed.

On top of all that, algae are also a vitally important carbon sink and oxygen producer.

“There are estimated to be more than 5 million strains of algae on the planet. Of those, 300,000 have been characterized, and just 10 are grown commercially. We’re only just scratching the surface,” Spanton said.

Despite this exciting potential, algae production faces several obstacles – chief among them is the fact that the stuff is simply difficult to grow in an efficient, cost-effective way. Each species may require very different growing conditions and management for production at scale, and there hasn’t really been a one-size-fits-all solution to achieve that.

“One of the reasons is that the tech just wasn’t available. So we started to develop some of the tech that is at the crux of what Provectus is all about,” Spanton said.

“[With our first prototype foundry] we were able to increase production levels by 20% and reduce operating costs by 30%. With our second prototype, we increased productivity levels up by 200% – and that was really the lightbulb moment for us. After a two-year R&D phase [since launching], we are now able to scale up and produce both ‘natural,’ clean-label products and introduce those into products that involve synthetic biology.”

The first of those categories — ‘natural’ products — are created within the algae organisms without any genetic modification, gene editing, or other biotech tampering. To do this, Provectus provides the algae with optimal growing conditions — using “carbon dioxide and light as our feedstock,” according to Spanton — in order to produce useful compounds for use in making things like flavorings, fragrances, and colorants as efficiently as possible.

Provectus’ solution, which it calls Precision Photosynthesis, “programs” the algae using proprietary lighting tech, robotics, and artificial intelligence to replicate the natural environments favored by algae species and to control the amounts of carbon dioxide, nitrogen, and input media they receive.

This allows the team to “quickly learn the perfect environment each species requires” to produce high-quality specialty ingredients for various industries.

“We’re able to control and understand the environment in which they live [which effectively] enables us to recreate or enhance or accelerate the natural environment,” Spanton said.

Different species of algae are adapted to very different environments, “from a puddle on the road to hundreds of meters deep in open ocean,” he explained.

“All those environments are diverse, so the species in them produce very diverse products [in the form of] chemical compounds. We can now optimize any species, understand them, and produce a whole new range of commercial products that could never be made before.”

Provectus is initially focusing on producing ingredients for the agricultural, food and beverage, and animal health industries as these “reduce our barriers to entry,” Spanton said.

“By developing [new versions of] products already available [we are] entering markets that can give us that validation at an early stage, allowing us to work with some of the biggest companies in the world and helping them to differentiate from their competitors.”

The startup has already singed a commercial partnership agreement with “one of the top five food and beverage companies in the world,” though Spanton said he couldn’t disclose the identity.

Farther down the line, Provectus hopes that it can produce compounds for use in other industries — such as human therapeutics, in particular — but the regulatory landscape for algae-derived ingredients in such fields will need to be further developed and de-risked before the startup dan make that leap.

That’s where its synthetic biology capabilities will likely come more into play.

“Because we have control over the algae strains, we have control over the biochemical pathways,” Spanton explained. “That allows us to implement genetic engineering, transgenics, and gene editing technologies like CRISPR to produce entirely new products from biotherapeutics all the way through to ag products like bio-insecticides that are more environmentally friendly [than conventional chemical-based products.]”

“Ultimately we choose to target products, and enable industries as a whole, for the greater good of the [UN] Sustainable Development Goals [that make it possible] to produce more food and be more environmentally sustainable,” he added.

Raising capital in the midst of the global Covid-19 pandemic “was not necessarily an advantage [as it was] quite a volatile market at the time,” Spanton said. But the unprecedented situation may have proven beneficial for the startup’s fundraising efforts in the longer term, especially as Australia has ridden out the virus relatively comfortably compared to many other countries.

“Particularly with US and Asian markets, we’ve actually seen a changing the mindset of institutional investors to broaden their horizons outside their local base,” he said.

“There has been far more [investor] interest, particularly from the US. Our location has been very advantageous – there has been no real slowdown in in Australia. We haven’t had the same problems as elsewhere on the planet — touch wood — but also we’ve had continuity of production and development, which is a real plus for investors who want to put their money somewhere safe.”

Alan Chan, managing partner at Vectr Ventures, said that the pandemic “has accelerated the importance of rethinking the utilization of resources across our food and agriculture industries.”

“The Provectus platform […] shows that the solution already exists in nature,” he said in a statement. “Programming microalgae to produce a diverse spectrum of ingredients and compounds for global partners in a way that is more efficient, clean, and secure is an enticing proposition that we are excited to get behind.”