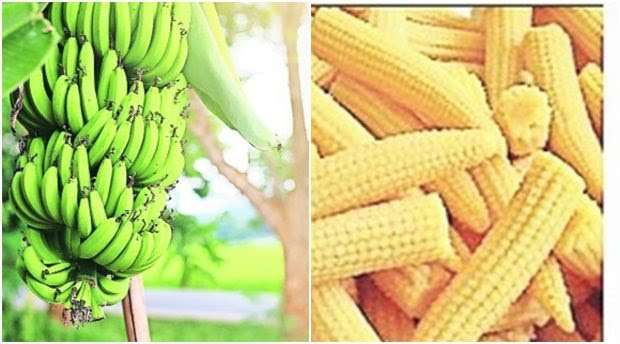 The statement noted that a decision by Canada would immensely benefit the Indian farmers growing these crops and would also enhance India’s agricultural export earnings.

India will soon commence exports of banana and baby corn to Canada, after market access had been approved.

According to a statement by the ministry of agriculture and farmers welfare on Friday, market access for Indian banana and baby corn has been provided to Canada, following the negotiations between National Plant Protection Organisations of both countries.

“Based on the technical information provided for fresh banana by India, Canada has approved banana for entry into Canada with immediate effect,” an official statement said.

In a meeting held on Thursday between Manoj Ahuja, agriculture and farmers welfare secretary, and Cameron Mackay, Canadian High Commissioner to India, it was informed that the export of fresh baby corn could commence this month after updation of relevant directive on plant protection import and domestic movement requirements for corn.

The statement noted that a decision by Canada would immensely benefit the Indian farmers growing these crops and would also enhance India’s agricultural export earnings.

Last year, for the first time a consignment of fibre and mineral rich and Geographical Indication (GI)-certified ‘Jalgaon banana’ was exported to Dubai. The bananas were sourced from progressive farmers of Tandalwadi village, part of Jalgaon district of Maharashtra, a banana cluster identified under Agri Export Policy.

India is the world’s leading producer of bananas with a share of around 25% in total output. Andhra Pradesh, Gujarat, Tamil Nadu, Maharashtra, Kerala, Uttar Pradesh, Bihar and Madhya Pradesh contribute more than 70% of the country’s banana production.